Posted by Rob Langham on Mar 21, 2011 in Uncategorized | No Comments 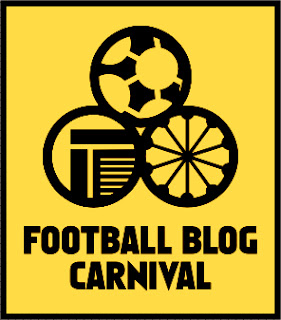 Amid the slings and arrows of outrageous fortune that a Football League run in brings, it may have escaped your attention that today is World Poetry Day. Hence, we have teamed up with a host of other bloggers at the instigation of David Bevan of The Seventy Two to provide a series of odes throughout these 24 hours. Look out for other contributions between now and midnight from The Football Hobo, A United View on Football, Richard and Neil’s Football Blog, Football Fairground, Los Revolucionarios, Saha from the Madding Crowd, The Hand of Blog and End to End Stuff as well as the upcoming Northern League Day. Here are my thoughts on the Championship weekend just passed:

Brought to us by Chappers; the new Matt Lorenzo
A Championship Weekend, feelings far from mellow
Manish and Lizzie absent, missives from Da-heley
But Leroy is still there, absolutely, absolutely

The Den hopping and humming; a pen from Liam Trotter
At a vital moment; Cardiff start to totter
Leeds stumble too; a headed miss is Gradel’s
As Bjà¸rn Helge Riise defeat upon them ladles

But QPR hold firm, their lead now far from thin
Back from Donny Rovers with a long awaited win
Swans swimming serene, a hero hailed Borini
From the Brendan contact pool, a club we know as Chelsea

Caretakers Tony and Andy, heating under the collar
Forlorn on the touchline, they most heartily holler
Geordie Brown is grinning, a soaring sunshine smile
Perhaps not his best trip, but the nicest for a while

Conclusions very few, results no indication
A good three from five in fear of relegation
Eight or nine to play, jostling relentless
Defensive errors made? Now, that would be careless

Rob Langham is co-founder of the defiantly non-partisan football league blog, The Two Unfortunates, a website that occasionally strays into covering issues of wider importance. He's 50 and lives in Oxford while retaining his boyhood support of Reading FC. He tweets as @twounfortunates and has written for a number of websites and publications including The Inside Left, When Saturday Comes, In Bed with Maradona, Futbolgrad and The Blizzard as well as being nominated for the Football Supporters' Federation Blogger of the Year Award in 2013.